Note: Oz Spade in Real Life is currently in college and will be unavailable at long periods of times to answer questions or reply to comments. I will try to do what I can, when I can, but if it's urgent you can email me through gmail (ozspade). 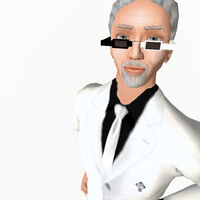 Contact In World: Oz Spade
Can also sometimes be found in #secondlife on EFnet, irc.

One of the "founders" of the most recent incarnation of a history project for SL.