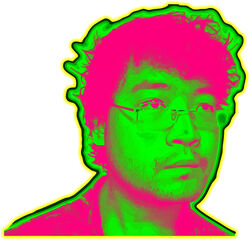 Torley Linden (formerly known as Torley Torgeson or Torley Olmstead) (rezday 2004-09-15) is a resident who works for Linden Lab as a "Resident Enlightenment Manager". Torley answers questions in the Second Life Answers forum, assists with bug testing and helps improve the user experience in Second Life through interface suggestions and community participation (among other things).

Torley quickly rose to fame due to his highly social interaction with all aspects of the SL community. As a "newbie" Torley would hang out in the Welcome Area, chatting to residents and helping new users become acquainted with Second Life. Torley also explored much of the grid, reaching practically every social group within the world. Torley also posts on the forums and logs his day-to-day activities and thoughts on his blog. Torley is a highly known, very popular "celebrity". Due to that, he has been featured in various press articles.

Torley is also an accomplished musician, having producing mostly techno music until he had acquired hyperacusis from loud club music. He has over 230 creations available for download free-of-charge here.