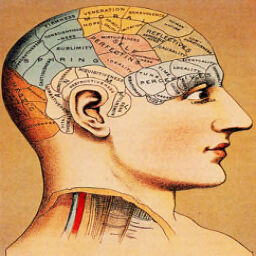 The Thinkers are the oldest SL's in-world philosophy group, very loosely discussing all sorts of stuff — from religion to magic, from science to SL — in a model not unlike the Plato's Academy.

Originally founded by Jinny Fonzarelli, the group has grown to about 238 members (Jan 2006) by inviting attendees to their regular events, meets for about an hour several times a week, traditionally in Euro-friendly hours (around 2-4 PM PST).

Since 2007, the major Thinkers' moderator has been, almost to exclusivity, Extropia DaSilva. For three ears, the group has met every Tuesday at 3:30 PM SLT at the supportforhealing region, at Catherine's House, who gently offered the place for the discussion to take place. Since 2010, mostly due to the inability to control annoying griefers, as well as some "confusion" related to the purpose of the group (supportforhealing hosts mostly support groups, not generic discussions), the meetings moved to Scarp Godenot's place at Pennyroyal. Extropia tends to push the discussion towards transhumanist and extropian themes, often discussing Second Life itself, virtual reality, the Self (and the virtual self), conscience and intelligence (as well as artificial intelligence), relationships in virtual worlds, free will, and so on. There is a new topic every week.

They have earned the (wholly unworthy) "fame" of being "the intellectuals in SL". But they're not a lobby, a pressure group, an economic organization, or anything like that. A freely-given package includes themed T-shirts, some notecards with the few rules for the discussion and for Bible studies. The group is very heterogeneous and it's unusual to finish all discussions without ever reaching an agreement--postponing the discussion to further events!

These are usually read in advance of each session:

Although not a rule Thinkers is currently roaming to different venues, so please check where the event calendar says we will be for each event...

In good SL fashion, this is a multiple-authorship, collaborative tool, that has seen its ways in other venues (like the Community Team Roundtables). It started as being an unscripted object (done by Jinny Fonzarelli), and people would simply sit on it to signal to others their willingness to talk without being interrupted. Unfortunately, in some locations, it was hard to see where the speaker was (camera issues!), so Gwyneth Llewelyn added the infamous "hush" — whenever someone spoke "out of order", the soapbox would emit a "hush" sound, and send an IM to the person warning them that someone was sitting on the soapbox and that they should now hush. Silly anims, gotten from Renderosity, also animated the person on the sandbox in a hilarious fashion. The current version, rewritten by Eloise Pasteur, adds a queuing system. One can now touch the soapbox to get a place in the queue, and the moderator can see the list and ask people to respect it, as well as kicking them out of the soapbox if they're taking too much time :)

As of 2010, using the Soapbox has been pretty much discontinued.

Retrieved from "https://secondlife.fandom.com/wiki/Thinkers?oldid=29073"
Community content is available under CC-BY-SA unless otherwise noted.