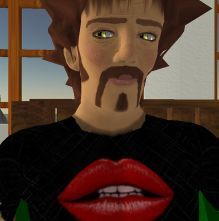 Philip Rosedale (rezday 2002-03-14) is known inworld as Philip Linden, or "El Presidente". Before he founded Linden Lab he had been working as CTO of Real Networks. In the early days, he is said to have actually helped program parts of the Second Life software, as well as having built and scripted a number of items. He was the original architect of Disco Alt-Zoom, where he also scripted the MixMaster music-making tool, and also made the Fairytale Slot Machine. He regularly appears on Town Hall chats to listen to its users complaints and announce future plans for SL.